It’s been an exhausting last couple of days, so I’m posting an excerpt from my latest novel, Fiona thus allowing my brain to relax a bit. 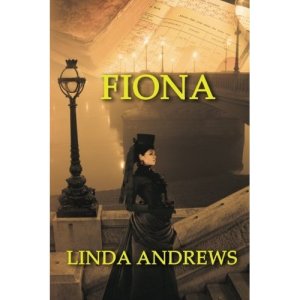 In this scene, my hero gets the first inkling that Fiona might not have been joking when she said her dead companion was still with her in spirit.

Fiona had picked him.
Kingslea straightened in his chair. He had been right to attend. Only at
home could he eat asparagus soup as creamy and warm. With a nod, the butler
and maid cleared the soup bowls from the table. Crystal bit into his fingers as
he raised his wine glass. The tang of pepper complimented the fruity alcohol
sweetening his palate. He had made the right choice, but how could he accomplish
his goal?
“Your chef is quite extraordinary.” Fiona dabbed her lips with the burgundy
napkin.
Such a ripe mouth would also be missing from his clubs. Kingslea gulped
his wine. Alcohol burned his gut but seemed cool compared to the heat searing
his flesh. What price would he pay for a taste?
“My mother has been searching this age for a dish so savory.”
Savory. Kingslea groaned and finished his wine. How could food be so
provocative? No, it wasn’t the food but the company. Fiona sighed and
moaned with every spoonful. The damn woman could seduce a monk by reciting
a meteorological report.
And she had chosen him.
Bunsen lifted the empty bowl from her stack of plates. “Thank you.”
“One does not thank the help, Fiona.” Piers thwacked at a lump of asparagus
floating in his soup. “In fact, society does not acknowledge them at all.”
“I—”
“Except, perhaps, to rebuke them for bringing one cold soup.” Pier’s thin
lips curled. He dropped the spoon into his broth and wiped his hands. Creamy
liquid splashed the olive tablecloth. “They live to serve their betters. Thanks is
redundant.”
Bunsen’s shoulders straightened as he slowly removed Piers’s bowl. Kingslea
set his glass down with a clunk. Cold soup. Steam still danced above his
stepmother’s bowl and misted the spoon sticking out of the soup tureen. The
posturing little prig was no one’s better.
“My soup was delightfully warm.” Fiona smiled at her cousin.
“As was mine,” Lord Alveston seconded. Heads bobbed around the table.
The butler slowed as he passed Kingslea’s chair. A thin skin stretched
across the soup. The soup was cold. How the devil had Montague managed
such a feat? And why? The man hadn’t exhausted material to complain about.
“Of course, you have been rather busy.” Fiona helped herself to a portion
of salmon then streaked the delicate flesh with sunny hollandaise sauce. “I’m
certain no one would mind if you focused on dissecting your meal instead of
the olive walls, the health of the ferns or the luster of the walnut wainscoting.”
Montague shoved a pinch of snuff up his nose, dusted his fingers on his
lapel then scraped a large portion of fish on his plate. Next, he drowned the
salmon in sauce.
“A properly reared young lady takes an interest in her partner’s preferences,
cousin.”
As Kingslea watched, the vapor wafting from Montague’s fork thinned
then stopped. The imprint of five slim fingers appeared in the sauce. A palm
appeared next like an invisible hand was playing in Montague’s food. Kingslea
blinked. Curdles replaced the phantom hand.

Linda Andrews lives with her husband and three children in Phoenix, Arizona. When she announced to her family that her paranormal romance was to be published, her sister pronounce: "What else would she write? She’s never been normal." All kidding aside, writing has become a surprising passion. So just how did a scientist start to write paranormal romances? What other option is there when you’re married to romantic man and live in a haunted house? If you’ve enjoyed her stories or want to share your own paranormal experience feel free to email the author at www.lindaandrews.net She’d love to hear from you.
View all posts by Linda Andrews →
This entry was posted in Books and tagged excerpt, Fiona, historical romance, London, Victorian. Bookmark the permalink.