Hi everyone, thanks for the invitation to be here today! 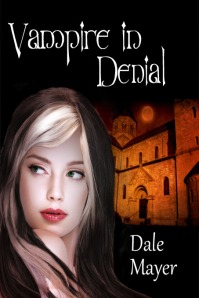 What prompted you to write that first book? Did you always want to be an author?
The concept of writing a book always sat in the back of my mind, but it never went anywhere for decades as I went about the business of getting an education, getting married and having a family. It’s only as the kids were growing up that I seriously took another look at the dream and realized there wasn’t ever going to be a perfect time. There could only ever be today or tomorrow…which never comes!

Your published in a variety of genres, how do you decide which book to write?
Sometimes it’s difficult to decide, but usually, I have several books at various stages, as in revisions, first draft, up next and thinking about. That helps me to stay on track. Fans emailing about their favorite series has a tendency to make me want to write on that particular next book too!

Can you tell us a little bit about your latest release?
In two weeks, book 2 of Psychic Visions called HIDE’N GO SEEK is due out. I’m excited about this book as it carries on with the character, Stefan Kronos, from book 1 in the series. It’s another twisted suspense with paranormal elements. Book 3 in this series, MADDY’S FLOOR, is now up for revisions!
I also have book 2 in the Family Blood Ties Series, VAMPIRE IN DISTRESS, being revised, too.
Many of your books contain paranormal elements, have you ever had a paranormal experience?
I have indeed. I was working on the second floor of the house I rented when in College. I was facing a huge kitchen window but had my head down studying. I looked up aimlessly, thoughts on the work at hand, when I saw a man walk in through a door reflected in the window. I could see him so large and so clear. He wore jeans and a light green plaid shirt. He was also rolling up his right sleeve as if planning to wash his hands.
I spun around sure there was a stranger in the house only to realize that behind me, the only place the reflection could have shown, was the fridge and stove. No wall. No man. No sink, even. I freaked. I searched the house, top to bottom, checking closets and under the beds to make sure and intruder hadn’t snuck in. Then I called my mother.
Her voice was odd on the phone after I explained what had happened and she suggested I come home for lunch the next day – being a Saturday. While at home, she brought out a picture. It was the same man, dressed in the same plaid shirt, caught in the act of rolling up the right sleeve of his shirt. I stared, and my mother explained that it was her favorite photo of my father who passed away when I was six months old.

What is your favorite paranormal creature and why? 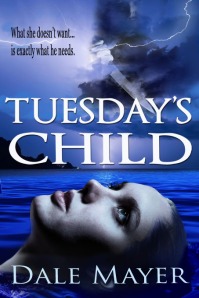 Now that’s hard. I love everything winged I guess. Just the thought of having the gift of flight makes me shiver with delight

Do you plot your stories out or do you just start writing?
I usually just start writing my stories from a blank page. Once started and I have some idea of who is in the book and where it MIGHT be heading, I try to get a couple of plot points ahead of myself – kinda like a road map for a short day trip.
What was the funniest thing you learned about your hero/heroine from writing
their story?
I wrote a novella where a secondary character, who constantly tried to take over the story, believed he was supposed to be a Newfoundland dog instead of the Basset Hound he is. He figured someone, somewhere got the initial paperwork wrong!

Which of your characters is most like you and which is least like you?
Tessa, from VAMPIRE IN DENIAL is the least like me, she’s tall slim, bumbling and awkward, lol. Gem, from GEM STONE, due for release in December, is probably closer to me than the others. She’s fearless, and thinks things through, methodical.

Can you describe your office or where you normally write?
I have a large desk in the living up beside a big window. This way I can work when the kids are playing video games, watching TV or doing homework at the desk beside me.

Have you ever gotten stuck while writing a scene or chapter? How did you overcome it?
I usually just write through it knowing I’ll have to revise that section later. If I continue, then the rest falls into place.

What is the wackiest thing that’s ever happened to you since you started writing?
That’s easy. I woke up one morning last August from a year ago and sat down to a blank page with no idea of what to write. Vampire in Denial is the book I started that day. Now for those that don’t know me, I tend to stick to one project and write hard and fast until it’s done. That week, things were a little different. When I woke up on Tuesday, I came back to this book but wasn’t allowed to work on it – I had to start a new book. (Did I mention that my muse is a little autocratic?) That second book was Dangerous Designs, and was released a couple of months ago.

When I woke up on the Wednesday of the same week, I wanted to work on both of these books, but again… I wasn’t allowed to. I had to start a 3rd book. That became Gem Stone Mystery and is due for release in middle November (hopefully!). On Thursday, I woke up and…you guessed it…I wasn’t allowed to work on any of the books I’d started. Instead I started a 4th YA called Destiny’s Daughter, due for release in November! By Friday, I woke up and told my muse to shut the h@ll up!!! Then I sat down and finished all four books.
Did you do any research for you book and, if so, did you find any interesting information that you had to include in the story?

For HIDE’N GO SEEK, I had to do a lot of research on Search and Rescue dogs and teams. I found the whole industry fascinating and tucked that flavor into the book.

Linda Andrews lives with her husband and three children in Phoenix, Arizona. When she announced to her family that her paranormal romance was to be published, her sister pronounce: "What else would she write? She’s never been normal." All kidding aside, writing has become a surprising passion. So just how did a scientist start to write paranormal romances? What other option is there when you’re married to romantic man and live in a haunted house? If you’ve enjoyed her stories or want to share your own paranormal experience feel free to email the author at www.lindaandrews.net She’d love to hear from you.
View all posts by Linda Andrews →
This entry was posted in Books and tagged blood ties series, Dale Mayer, look at the dream, paranormal elements, paranormal experience, psychic visions, Tuesday's Child, Vampire, Vampire in Denial. Bookmark the permalink.

3 Responses to Interview with Dale Mayer