Where did Christmas Ornaments come from? 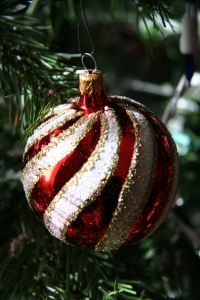 Where did the tradition of Christmas ornaments come from? As I mentioned in my previous post, many of the original evergreens were decorated with fruit (particularly apples), nuts and metal. later, lights were added as was paper streamers representing angel hair.

Gradually, cookies cut into shapes-stars, bells and fruit-were added.  As the popularity of Christmas trees spread, different nationalities added their own decorations. Americans added strings of cranberries and popcorn while the British used  lace and paper and scraps cut out of magazines that reflected their interests.

During the 1800’s in the area of Lauscha, Germany known for glassblowing, entrepreneurs made ornaments strictly for Christmas. They originally designed them to look like fruit but soon imitated the cookie shapes. The addition of color made them particularly attractive.

Demand for the ornaments grew and other designs were added. In The 1880’s Woolworths began importing them to the US.

In cities near Lauscha, noteably Dresden, they produced pressed and embossed paper ornaments of animals. Others made brightly colored ornamentsoaf pressed tin or shredded it into tinsel. 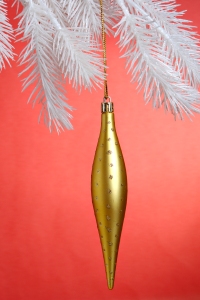 Linda Andrews lives with her husband and three children in Phoenix, Arizona. When she announced to her family that her paranormal romance was to be published, her sister pronounce: "What else would she write? She’s never been normal." All kidding aside, writing has become a surprising passion. So just how did a scientist start to write paranormal romances? What other option is there when you’re married to romantic man and live in a haunted house? If you’ve enjoyed her stories or want to share your own paranormal experience feel free to email the author at www.lindaandrews.net She’d love to hear from you.
View all posts by Linda Andrews →
This entry was posted in Hobbies and tagged Christmas Ornaments. Bookmark the permalink.