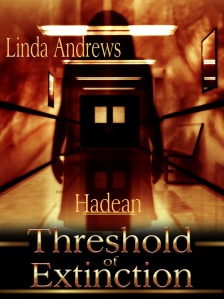 In continuing my exploration of the dark side of the science making GMOs, I came across several sites (antiGMO sites) that raised some interesting side effects to inserting a new gene into an existing one.

1) The theory of GMOs rests on the premise that one gene does one thing. This has been proven to be false, and in some cases produces toxic side effects. Humans have 100K proteins, yet only 30K sequences that code for them.

2) To make certain the new gene took, the scientists use an antibiotic resistance marker. Given the rise of superbugs and the hype that it’s all patients’ faults, perhaps there should be further studies done.

3) Proteins are like origami. One wrong fold and instead of a turtle you have a wad of paper. Since the new code hasn’t been seen before, it’s possible the inserted gene won’t express itself as if does in the source organism.

4) The gene inserted is switched on permanently using a virus. We have in our DNA 350 million years of evolution and diseases, what if one of those ‘junk codes’ accidentally gets switched on, and turns something off. For example skin. Skin is a very cool thing. But did you know that your teeth, hair, fingernails and some of your glands are made from skin cells? So if something goes awry with the skin gene, what do you think will happen?

5) Although most sites say the nutritional effects of a GMO crop is the same as a conventional crop, there are no studies to prove this. (Why does everyone but the GMOs have to proof their safety, but this doesn’t?) And ask yourself this, if that tomato looks the same red, round and juicy at day 90 as it did on day 1. Do you really think nothing has changed? Microbes and insects need to eat too. And farmers have consistently said animals prefer conventional crops to modified ones.

6) Allergies have skyrocketed, so has the number of ADD/ADHDs sufferers. Yet in the US our increase is much higher than in the EU, where GMOs are labeled. Is there a correlation? Why not check our grocery store cards with our health records?

7) Spread of the GMOs. These inserted genes are spreading to native crops. Since some of them are counted as pesticides, why can’t these be treated as Superfund sites and have the companies clean up the environment they’ve polluted? Gotta love the pro-GMO slant of this article from the Huffington Post.

8) And lastly, why do the seed companies use thug tactics to suppress labelling foods and any media that contradicts their rainbows and unicorns propaganda.

Lots of fodder for my new Hadean series, and folks I don’t have to make a lot of it up.

Until next week! Happy eating.

Linda Andrews lives with her husband and three children in Phoenix, Arizona. When she announced to her family that her paranormal romance was to be published, her sister pronounce: "What else would she write? She’s never been normal." All kidding aside, writing has become a surprising passion. So just how did a scientist start to write paranormal romances? What other option is there when you’re married to romantic man and live in a haunted house? If you’ve enjoyed her stories or want to share your own paranormal experience feel free to email the author at www.lindaandrews.net She’d love to hear from you.
View all posts by Linda Andrews →
This entry was posted in Books and tagged ADD, ADHD, allergies, antibiotic resistance, GMOs, proteins, what could go wrong. Bookmark the permalink.