This is the last day to pick up the book for 99cents. So enjoy the eclipse if you’re in an area where it is happening and read while you wait:D 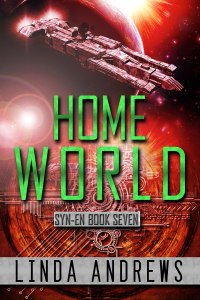 Admiral Beijing York’s cardiac sensors malfunctioned and his lungs seized.  Instinct, training, and his software upgrades kicked in. In one smooth motion, he drew his TorpSK7. The microsecond the energy weapon flashed green, he squeezed the trigger.

The blast hit the nearest Scraptor square in the chest. White light spider-webbed over his armor, and the Bug-Ugly stumbled back from the hit.

Not good enough. Bei wanted him dead. Wanted all the Scraptors obliterated. While the Torp charged, he diverted power to his limbs. A small leap and he closed the six meters to his prey.

The Bug-Ugly didn’t even glance up.

Bei raked his serrated arms through the Scraptor’s shoulders. The blades along his cyborg limbs tore through the armor, leaving jagged metal behind . The severed arms plopped to the brown dust of the planetoid. No blood spurted. No cry of agony registered on Bei’s audio sensors.

The refugee camp erupted into chaos. Municians cried out in alarm. Humans screamed in pain. Scraptors who guarded the periphery slashed and hacked their way through unarmed civilians. Red and blue blood soaked the brown dirt. Death drained the color from flesh despite the red rays of the dwarf sun.

Bei aimed his TorpSK7, fired at point blank range at the closest enemy target. Projectiles drilled through the armor and blew a hole out the back.

“Why won’t the bastards fall?” Security Chief Frankfort Rome ripped off the helmet on a white Scraptor. He crushed the helmet until the eyestalks popped out and the metal was nothing but a ball. The body fought on, snapping its claws and swinging its tail until the poisonous barb at the end found a target.

Bei loped off the bulbous stinger and slammed it down the throat of one headless Scraptor. How had the situation gone sideways so quickly? He had the last Munician matriarch. Peace was in his grasp. Nell was expecting their next set of twins. He wouldn’t lose. Not now. “Get the Matriarch onto the shuttle.”

A Human cry mingled with an Eseaian squeal of pain.

“What about our civilian peacekeepers?” Rome raised his hand, blocking a Scraptor from slicing off the top of the Matriarch’s green and lavender head.

The head of the Argent family gathered her embroidered robes and dashed up the ramp of the beetle-shaped shuttle. Her putty-colored entourage limped after her.

“NSA recruits. Fall back.” Bei barked the order into the Com. Pain relievers flooded his system. Grabbing the Scraptor limb, he ripped it out of his boot and drove the pointed tip through his opponent.

Bei increased his strength and drilled the tip into the rock, pinning his enemy in place. He twisted, tore off the Scraptor’s remaining limbs, and hurled them away from the camp.

“What the fuck is going on?” Rome dismembered his Scraptor, crumbling the pieces into a pile near his feet. “I like fighting as much as the next guy but this stopped being fun two severed limbs ago.”

Bei grunted. He queried the Combat Information Center for explanations while he tore into the next Scraptor. With a thought, he accessed his optics and scanned through all spectrums. Only the Infrared produced an anomaly. A bright white ball in the right thigh. He sent the results to the CIC for a match. He wanted to know his enemy. “Recruits, guard the transports and injured!”

NSA recruits in light blue uniforms ushered the injured up the ramps. Some carried those severely wounded. Others fired at any Bug-Ugly.

Despite the hits, the Scraptors didn’t falter.

Bei stomped on the dismembered body of his latest opponent.

Nell’s shout was an electric shock through his systems. Across the camp, she battled a set of pink armor. Her skin flashed silver, highlighting her NeoDynamic Armor. Fermites buzzed the pink Scraptor. One moment it was a golden haze, then the armor dissolved.

“Holy shit.” Rome hurled the crumpled mass in his hands at the head of another Scraptor. The Bug-Ugly’s helmet flew off his shoulders. “I wish I could do that.”

God, Bei loved his woman. He swung up his Lassiter rifle. It hummed to life in his hands. Destroy the enemy with extreme prejudice.

The order echoed in the Wireless Array. His men shifted into camouflage. Their bodies and weapons blended with the red sky and brown landscape. Only the slight wavy motion of the air indicated their presence.

Bei’s vision merged with his men’s. His processors warmed from collating nearly a hundred soldier’s input simultaneously. Priorities made, he assigned tasks—some stood guard over the alien, flesh-and-bone medics tending to the injured Humans. Others fought along the perimeter, dismantling Scraptors and chucking their pieces into a pile.

With the situation under control, Bei glanced in his wife’s direction.

Two Scraptors stood where she had once fought.

“Where is my wife?” Bei’s systems went rogue. He rushed the camp, stomping corpses, leaping injured, and fast-balling severed limbs at the enemy.

Rome pounded on his heels. “Slow down, Admiral. I can’t cover your six, if I can’t see your sorry ass.”

Nell’s energy signal rolled through their private connection. She was alive. Alive and pissed. Waves of red hot anger tilted his systems.

I’m coming, Nell. Hang on. Bei zigged around a pile of refugees. His guns spat fire and projectiles. Each ripping into the Scraptors near Nell, tearing off their limbs. A golden bubble rose from the ground. When it burst, the explosion threw the Scraptors back.

Nell stood in the center, Humans with golden triage tags at her feet.

Bei met them halfway there. He crushed one’s claws between his hands and ripped it from the body. Gaping holes stared back from the Scraptor’s trunk. Spinning and slashing, he added the limbs to a gathering pile.

Rome pummeled the other’s eyestalks down its throat then hammered on the trunk. “You’re really starting to piss me off by not dying.”

Bei checked the WA. The energy signal powering the Scraptors didn’t match any known enemy, but something was familiar. With his strength at maximum, he flattened the helmet. Its eye stalks popped out and rocketed in two different directions. Grabbing the tail, he swung with all his might and hurled it toward the horizon.

Bei spun, ready for his next enemy.

Only his men remained standing. But the severity of injuries and number of wounded had tripled.

“Damn.” Rome plucked a Scraptor mandible from his sleeve. The damaged NDA underneath quickly healed. “It looks like we’re in one of Nell’s zombie video clips.”

Standing near Nell, Richmond flashed Bei a thumbs-up before picking up her severed arm, inspecting the damaged edges then dropping it. “It was time for an upgrade anyway.”

Nell pushed her hair out of her eyes. A sea of glittering fermites lapped at her legs and blanketed the Humans nearby. “I can see your point, Rome, except zombies are reanimated Humans not just their empty armor.”

Bei shook his head. His wife was amazing, still healing people despite a battle raging around her. He stepped over a twitching tail.

She held out her hand and collapsed against him. Her arm wrapped his waist and squeezed tightly. Silver striped her arms, blending with her clothes.

Davena stepped out from behind Doc. Her pregnant belly stuck out in front of her. Gold fermites dripped from her cinnamon skin and rolled in a healing fog over the NSA medics.

One by one, the NSA rose and helped the refugees toward the ships.

Iggy and her pack of Amarooks materialized near piles of Scraptor. “I need lots of chocolate to get that taste out of my mouth.”

“Admiral.” Omest, the pilot of the Starflight 1 shuttle, rattled through the com button on Bei’s collar. “The probe we sent out earlier to search for weapons, just went offline.”

“No, sir.” The lanky alien swallowed hard through the Com system. “It looks like an energy burst from a weapon did it. And…”

“And what, Omest?” Bei prompted.

“The signal matches the one you sent of the Scraptors.”

Of course it did. Releasing his wife, he headed for the closest pile. “Understood, Omest.” His vision dimmed as he stepped into the WA and switched all the ship’s sensors to maximum. If an enemy weapon took out the probe, he wanted advance warning of the next attack.

In the WA, Rome’s avatar materialized next to his. He opened the data packet on the probe. “That’s definitely an energy surge, but there’s no weapon signature.”

At the edge of the battlefield, Iggy leapt atop a pile of armor, digging and sniffing as she worked her way down. “Humans were here, but there’s something else. Something fouler than Scraptor armor.”

Bei shifted his attention to the camp and left the WA. “Munician?”

Iggy spit out the bottom half of a claw, then wiped her tongue on her fur. “Possibly.”

“Sequester the Matriarch.” Bei would question her personally. She had to know something. The stinky politicos had their own weapon development program before the end of the war.

Iggy dove back into the pile. A moment later she yipped with excitement and her tail wagged.

“What have you found?” Bei stepped close to the Amarook just as alarms bathed the inside of his skull in bloody hues.

“They’re some of the ships that have gone missing in the last six months.” Rome lobbed a data packet at Bei.

In an instant, Bei caught it and merged with the shuttle’s systems. Using his command codes, he tapped into the approaching crafts’ computers. A brick wall rose up in cyberspace, blocking him from taking command. “Everyone, get to the shuttles. Now.”

Beyond the firewall, he sensed the weapons going hot. Then the surge of energy as the ships opened fire.

His optics detected the string of missiles headed their way.

Linda Andrews lives with her husband and three children in Phoenix, Arizona. When she announced to her family that her paranormal romance was to be published, her sister pronounce: "What else would she write? She’s never been normal." All kidding aside, writing has become a surprising passion. So just how did a scientist start to write paranormal romances? What other option is there when you’re married to romantic man and live in a haunted house? If you’ve enjoyed her stories or want to share your own paranormal experience feel free to email the author at www.lindaandrews.net She’d love to hear from you.
View all posts by Linda Andrews →
This entry was posted in Books, Writing and tagged chapter 3, free read, LInda Andrews, Syn-En sequel. Bookmark the permalink.