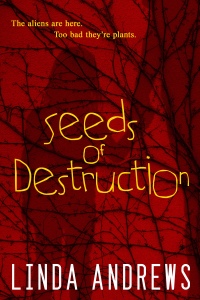 Kim Garcia cranked the AC to full blast. Cool air blew out of the vents she aimed at herself but did little to mitigate the furnace inside the sedan. Leaning forward, she rested her wrists on the steering wheel and winced as the hot surface seared her skin. Her crimson raw silk shirt clung to her torso like crêpe paper. Only some of her sweat was due to the ungodly heat of this place.

Through the windshield, she watched her partner strut across the parking lot.

Tupper swaggered like a former pro-athlete, taking up space as only someone who had the will and power to pommel anyone daring to complain. Add in his family’s enormous wealth, and the man was a bully plain and simple.

And speaking of bullies… Kim placed her phone on the dash and watched as the sun’s rays bleached her screen. Holding her thumb to the home button, she cleared her throat once then ran her tongue across her dry lips. She might be better off downing her bottle of water, but that would let on that she was nervous in front of Tupper. Not a smart move. Tupper was a shark in bloody water, leaving carnage in his wake as he moved up the food chain.

But he was a mischievous puppy compared to the man she needed to call. A man waiting for her call.

Screwing her courage to the sticking point, she sieved the words through her clenched teeth. “Dial Contact 21.”

Contact 21. He’d given her no name, no indication of who he was or where he worked. The one time she had attempted to unearth more about Contact 21 and his mysterious fungus, her top investigator had disappeared for three days. Then his mutilated corpse had ended up in her company’s parking lot with her locket in its death grip.

A fresh round of sweat beaded her upper lip. Her cell phone beeped and booped as it dialed, turning the car’s interior into a klaxon.

“Is it done?” The man’s voice added a chill to the air. The deep notes of his baritone soothed like hot chocolate on a wintery day.

“Yes.” Kim had heard serial killer Ted Bundy oozed charm, too. And something told Kim, Contact 21’s body count was much, much higher.

She chewed on her bottom lip, tasted the waxiness of her scarlet lip fondant. “The same as the others I’ve visited. Eager for money, eager for higher production numbers, and more than happy to take someone else’s cash to keep their struggling business solvent.”

Silence floated in the air after her standard report. But this time, something malevolent grew in the void.

The hair on the back of her neck prickled. Contact 21 knew the players in the fungus farce. Was it a test of her knowledge, her skill at the job? Sweat trickled down her temple. Swiping it away, she kept her voice neutral. “But this company did have one thing the others didn’t have. Marcus Stanislav works here.” Her stomach bubbled, and for a moment, she felt light-headed. The good doctor had been her idol through undergrad and grad school with the simple brilliance he displayed by coaxing stubborn life into flourishing.

Her business success was due to him. Dr. Stanislav had insisted on using only public funds in his research, making all that information available for anyone to use. She’d landed six clients from just one of his papers. But what was he doing in such a dump?

“Good.” Contact 21 chuckled on the line. “Consider my sending you to meet your hero a little bonus.”

Fear trailed a frigid finger down her spine. How in the world had the man figured out her fondness for Dr. Stanislav? More importantly, what else did he know? “Dr. Stanislav seems pretty confident he and his team will have the fungus producing at peak levels by December.”

“Good.” Contact 21 paused. “What have you discovered about the woman? Iona Edwards?”

Kim’s nails dug into her palms. “None of her international contacts are in the field. There’s nothing to indicate she poses an information risk.”

“Good. Good. Still, one can’t be too careful. Have Tupper stay there and keep an eye on her. There can’t be any hint of the project, and you must deliver before the deadline.” Contact 21 severed their connection.

Kim shivered despite the heat. Was it her imagination, or had he emphasized the word dead in deadline?

Linda Andrews lives with her husband and three children in Phoenix, Arizona. When she announced to her family that her paranormal romance was to be published, her sister pronounce: "What else would she write? She’s never been normal." All kidding aside, writing has become a surprising passion. So just how did a scientist start to write paranormal romances? What other option is there when you’re married to romantic man and live in a haunted house? If you’ve enjoyed her stories or want to share your own paranormal experience feel free to email the author at www.lindaandrews.net She’d love to hear from you.
View all posts by Linda Andrews →
This entry was posted in Books, Writing and tagged free read, New Release, seeds of destruction. Bookmark the permalink.