My husband has taken off work, so I took 2 days vacation to spend with him. Instead of staying at home and working on that honey-do list, we decided to visit Saguaro National Park. 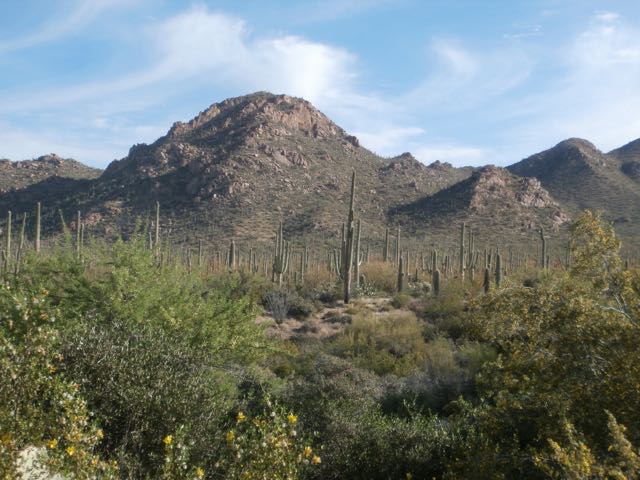 I have lived in Arizona practically my whole life and I’d never been. So we set off, on a day that promised to set records for highs (we’re almost at the century mark here so we thought we’d head south for the cooler weather). It was barely 95F there.

I was hoping for some wildflowers, but they were in the east side of the park and we took a detour. Saguaro National Park is the only national park divided by a city (Tucson), and because of this there were more flowers in the east side than the west. 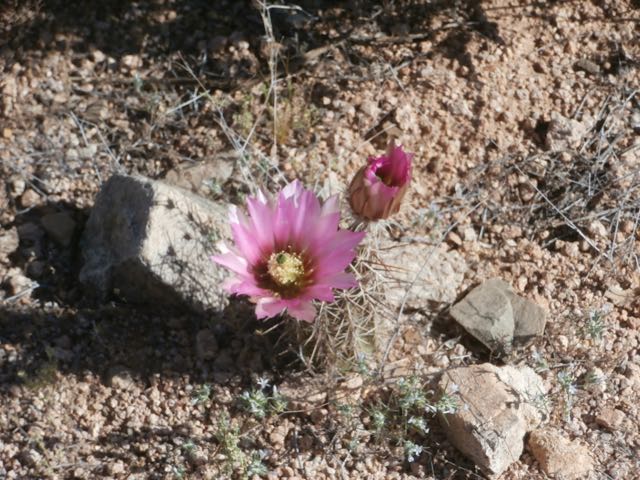 Aside from getting lost thanks to google maps, it was amazing to see so many cacti in one place. We also saw a few ground squirrels and roadrunners. No snakes on the paths, but our daughter freaked out from the butterflies:D

I would love to return again, but it’ll be February without a chance of rain. Given the number of washes to get around the park, I wouldn’t want to end up stranded.

Linda Andrews lives with her husband and three children in Phoenix, Arizona. When she announced to her family that her paranormal romance was to be published, her sister pronounce: "What else would she write? She’s never been normal." All kidding aside, writing has become a surprising passion. So just how did a scientist start to write paranormal romances? What other option is there when you’re married to romantic man and live in a haunted house? If you’ve enjoyed her stories or want to share your own paranormal experience feel free to email the author at www.lindaandrews.net She’d love to hear from you.
View all posts by Linda Andrews →
This entry was posted in Life Observations and tagged day trip, flowers, saguaro national park. Bookmark the permalink.